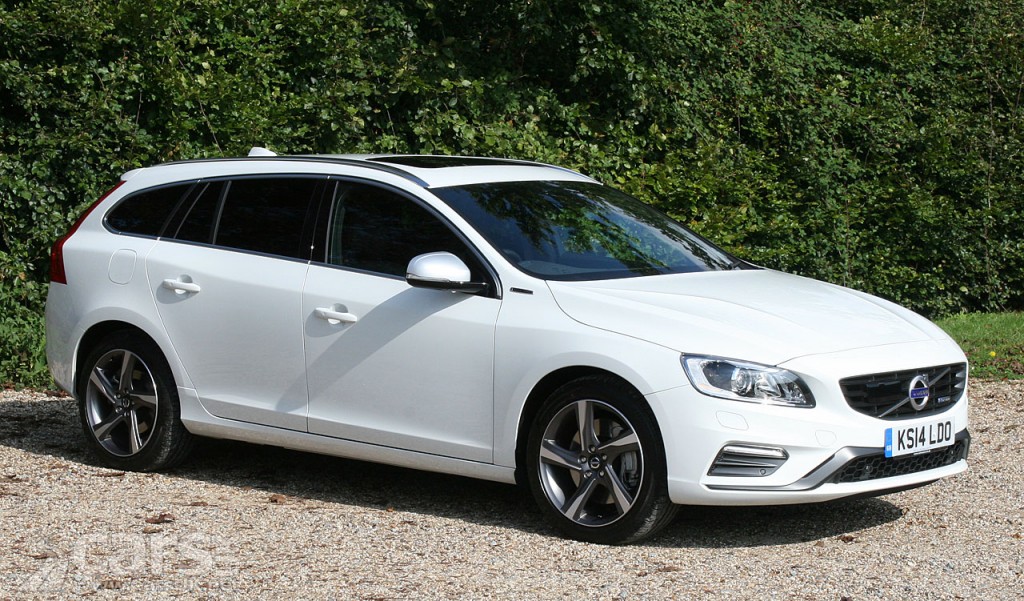 Volvo is busy reinventing itself as a maker of proper premium cars that aren't German, and making a decent fist of it with newer cars like the V40 and the potentially game-changing new XC90, but also with cars that have been around a bit longer. Like the V60.

The V60 may no longer be a 'new' Volvo, but its is a car Volvo has worked hard to make very appealing, and done so in a way that isn't Teutonic copy-cat, rather more subtle and matter of fact. Which is a good USP.

But what Volvo has also done is turn the V60 in to the world's first diesel plug-in hybrid with the car we've got this week – the Volvo V60 PHEV D6 AWD Geartronic R Design Lux Nav. Which, thankfully, isn't written in big chrome letters on the V60's tailgate.

On the face of it, the V60 PHEV (plug-in hybrid electric vehicle) is the best of both worlds, with the promise of low-cost electric emissions-free driving when you need it and performance you don't expect from a hybrid when you want to play.

But the elephant in the room is the price – a not insubstantial £51,675, and a properly hefty £58,150 with the goodies Volvo has fitted to our review car.

Yes, you get a £5k rebate from the taxpayer when you buy, but that still means the Volvo Estate we're testing costs £53,150, even after rebate – a chunk more than the V60 Polestar we tested a couple of years ago.

Thankfully, car makers have learnt in the last few years that 'Green' cars don't need to have hair-shirt looks, and buyers are more likely to buy if the car looks good as well as doing good.

So the this V60 PHEV does what it says on its very long name and comes with the R-Design body kit to look purposeful without looking gaudy, a nice set of alloys to set that off and a white paint job that makes people pull over and stick to 69mph on motorways when you motor up behind them. The only thing that really marks the PHEV out from the non-hybrid V60s is 'Plug-In Hybrid' in subtle letters on the trailing edge of the tailgate, small badges at the top back of the front wings and an extra fuel flap on the front wing to plug in to the mains. Inside is regular Volvo V60 good as well, with a simple – but appealing – Swedish take on luxury, easy to use and intuitive (once you're used to them) controls and great seats – leather faced R-Design ones with electric adjustment and heated thanks to the big spec mentioned above.

The regular Volvo V60 isn't perfect, but it's an awful lot better than those whose mind set defaults to BMW or Mercedes think, with decent steering, decent dynamics, decent comfort and decent performance. The V60 PHEV offers all that, as you'd expect, but an awful lot more as well.

With an electric motor good for 70 horses and Volvo's old D5 diesel engine for another 215 driving the front wheels, there's decent power to play with, and play with in a way that suits your journey and mood.

Three main modes offer easy access to the V60 power options, with Pure offering just EV running, Power throwing everything the V60 has at getting you along the road and Hybrid (the default option) utilising both power sources automatically.

There are also a couple of extra modes to play with too, with AWD making sure you have drive to all four wheels (designed for slow speeds in slippery conditions) and Save which makes sure you use only the diesel engine so you can save up the battery power for when you're back in town. And it all works very well.

Charging is easy at home (an overnight charge will give you an EV range of 2o odd miles in the real world) or at a public charging station, although its relatively slow rate of charge and apparent inability to use public fast chargers really means you need to plug in at home.

Once charged, you can do most of your daily errands and commute in serene silence without letting the diesel motor chime in its horses, which means the V60 tells you you're doing well over 100mpg. And out on motorways it's an easy cruise (especially with the good adaptive cruise fitted to our car) with the Volvo telling you you're doing 60-odd to the gallon.

But forsake the local poodling and motorway cruise and have a thrash round some B-roads and the economy takes a real dive, but with the ability to make brisk progress (0-62mph in under 7 seconds) even though it feels a bit hefty, that's no surprise.

In fact, the V60 PHEV does everything you could reasonably expect it to do, and does it well.